Posted by Unknown at 4:01 AM No comments:

KIM Han-sol - Episode IV, Striking Back At The Empire?

KIM Han-sol will study political sciences in Sciences Po Le Havre  (see "Un petit-fils de Kim Jong-il à Sciences po" (20130827 - L'Express).The first time KIM Jong-nam's son (KIM Jong-un's nephew, KIM Jong-il's grandson, KIM Il-sung's great-grandson - NB: nothing to do with KIM Yu-na) made the world headlines was when he distanced himself from the North Korean dictatorship as Elisabeth REHN interviewed him for Yle, Finland's public broadcasting company (see videos below):﻿﻿The teenager was then studying at the Mostar campus of United World College because Hong-Kong authorities didn't grant him a student visa, and BIH was a friendlier destination. Han-sol had less trouble living in another SAR, Macau, where his dad majored in Gambling magna cum laude, with an exchange student experience at Tokyo Disneyland University, and a Master's Degree in Fashion Disasters.KIM Han-sol will not study at the main Sciences Po, the prestigious IEP Paris, Rue Saint-Guillaume. But Le Havre campus does makes sense: that's the one devoted to Europe-Asia, all courses are delivered in English, and there's even a Korean language program.The main news, of course, is that a fourth generation KIM is venturing into politics, and for the first time, with notions of actual democracy reaching beyond the experience of life in a Western democracy. And if you don't like KIM Han-sol's ear piercing, that's another positive leap forward from the previous generation: 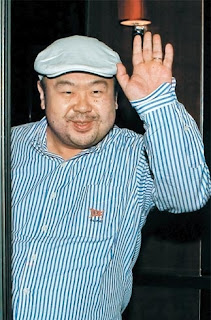 KIM Han-sol - Episode IV, Striking Back At The Empire? Images

Posted by Unknown at 8:01 PM No comments:

Email ThisBlogThis!Share to TwitterShare to FacebookShare to Pinterest
Labels: -, at, Back, Empire?, Episode, Han-sol, IV, KIM, Striking, the

The lovely Ryva brought about this summer style song last month, a collaboration with ArbaSound Productions which seems to always work for her as this is another great song with a an awesome beat.Plus, those haute haute couture fashions!
Source:

Posted by Unknown at 6:01 AM No comments:

Posted by Unknown at 3:01 AM No comments: Posted by Unknown at 8:01 PM No comments:

Email ThisBlogThis!Share to TwitterShare to FacebookShare to Pinterest
Labels: babydoll 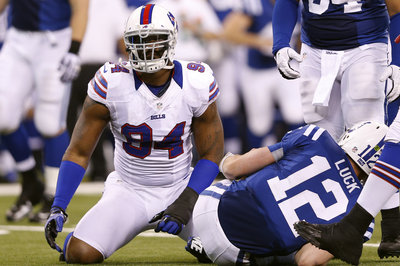 Preseason Game One: Colts vs. Bills Primer - Stampede Blue"All you need to know to get ready for this Sunday's game against the Buffalo Bills." It includes a warm piece on the return of Jerry Hughes. Just kidding - they still think he's Aaron Maybin.

Bills Focus: Bills/Colts Preview - VIDEO - BuffaloBills.com"Chris Brown and John Murphy take a look at the Bills first preseason game against the Colts and some of the key players to look for."

Bills-Colts game preview - BuffaloBills.comChris Brown hits some of the big plot points for today's game including injuries, the type of scheme implemented, and more.

Young Bills taking their first shot at filling holes - Sports - The Buffalo NewsThis is a neat picture of Stephon Gilmore with great position for an interception. The story by Tim Graham is good, too, as he talks to Stevie Johnson about the young players that will get their shot tonight.

What to look for in Bills-Colts exhibition Sunday - Press Coverage | The Buffalo News"Here are a handful of things I'll be looking for Sunday afternoon, when the Buffalo Bills open their preseason against the Indianapolis Colts in Lucas Oil Stadium:"

WGR 550 SportsRadio - 5 Things To Watch For In Bills - Colts"It will be a day where third-team players get their biggest chance to make a solid impression on the coaching staff with the first cut down day only being right around the corner. Some players can show the ability to turn on the light in an actual game setting where others might fade from their spectacular performances throughout practices."

What to watch for: Bills-Colts - AFC East Blog - ESPNMike Rodak picks similar battles to watch along with Chris Brown, Tim Graham and Joe Buscaglia. EJ Manuel is starting, rookie wideouts will get plenty of playing time, and the left guard battle are continuously being mentioned.

Buffalo Bills Players With Most to Prove vs. Indianapolis Colts | Buffalo Bills DraftI have no idea why Marcus Easley's on this list. Other than him it's a pretty good look.

Fast Offenses, Figuring Out What Works | Articles | Buffalo BillsTaking a look at how the 2012 Buffalo Bills and New England Patriots did against the rest of the NFL with the Patriots running the fast type of offense Buffalo is implementing.

Posted by Unknown at 9:01 PM No comments: