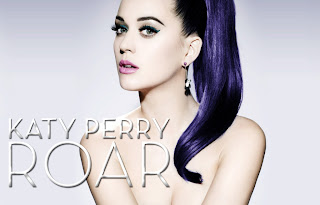 KatyPerry's newest pop anthem has leaked two days ahead of its slated premiere. We've already heard a snippet of "Roar" and seen its fierce artwork, but now the song has hit the Internet in full. "Roar" serves as the lead single from Perry's third studio album, "Prism," which will receive an Oct. 22 release."I think it's a little bit more grown up and it's really interesting," "Roar" co-writer Bonnie McKee told MTV. "I'm really excited for the world to hear it because she's just ... she's taking a new approach. And I don't want to say too much about it, but it's definitely different. It's definitely a little more mature than the 'California Gurls' of yesterday."  see more..Source: huffingtonAre you an Optometrist??? Need a software? Visit  VisualEyesBathroom renovation?? Need some help? Just visit  Bathmaster Need Product for Bathroom Renovation? Visit  Topkote
Source:http://agileparadox.blogspot.com/2013/08/katy-perry-roar-leaks-two-days-ahead.html